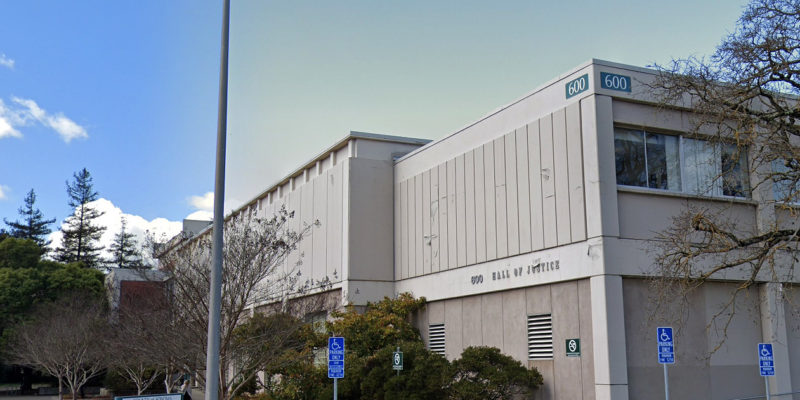 Sonoma County Superior Court at the Hall of Justice on 600 Administration Drive in Santa Rosa, Calif.

A man found guilty of attacks on two deputies and a Forestville coffee shop barista, was sentenced this week to 29 years to life in prison.

Sean Seeman, a 27-year-old Santa Rosa transient, was convicted of 12 felonies in two jury trials this year, according to the Sonoma County District Attorney.

Seeman attacked a barista at a Forestville coffee shop in July 2018, and tried to drag the woman into a bathroom while holding a nail to her neck, authorities said.

The victim fought back and was helped by a customer until Seeman was taken into custody. While at the county jail he “gassed” officers multiple times, a term for when an inmate throws feces or bodily fluids at staff, prosecutors said.

On July 10, Seeman tried to stab a deputy with a homemade shank, but he was disarmed. On Sept. 17, while being escorted to court, he attacked another deputy and tried to grab his gun.

Seeman, who previously lived in New York and Alabama, was found guilty of 12 felonies, including attempted sexual assault with a weapon, attempted kidnapping for purposes of sexual assault, commercial burglary, attempted murder of a peace officer, several counts of gassing and obstructing law enforcement officers in the performance of their duties, according to a release from the Sonoma County District Attorney.

In addition to the sentence, Seeman was ordered to register as a sex offender for the remainder of his life.

The Sharks have hit rock bottom.