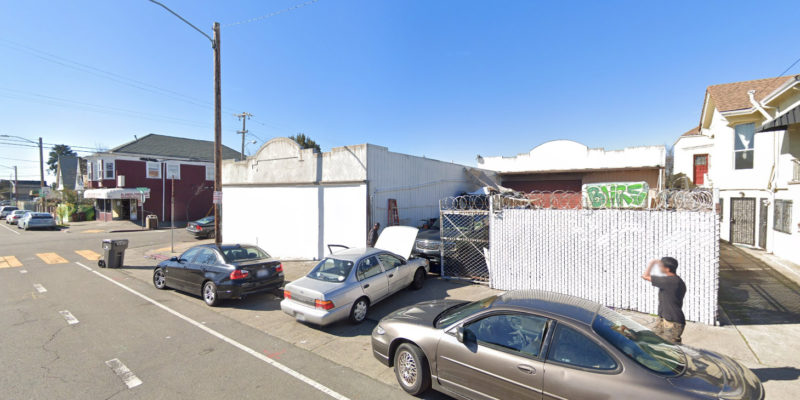 A fire broke out at a North Oakland, Calif. warehouse on 3855 West Street early on the morning of Friday, December 27, 2019. The warehouse had been red-tagged prior to the fire.

One person was injured in an early morning fire Friday at a North Oakland warehouse that had recently been red-tagged, fire officials said.

The blaze was reported about 2:30 a.m. at 3855 West Street, in the city’s Longfellow neighborhood, according to the Oakland Fire Department.

A woman was injured and treated at the scene, according to fire department spokesman Michael Hunt.

On Nov. 28, city officials red-tagged the building and evacuated people living there illegally, Hunt said. But it appears the warehouse was occupied again when the fire broke out Friday morning, and four to five people were displaced Hunt said.

The fire was under control within a few hours, Hunt said. As of 8 a.m., crews were still at the scene.

A man with four prior felony convictions has been found guilty of three counts of committing sexual acts on a...