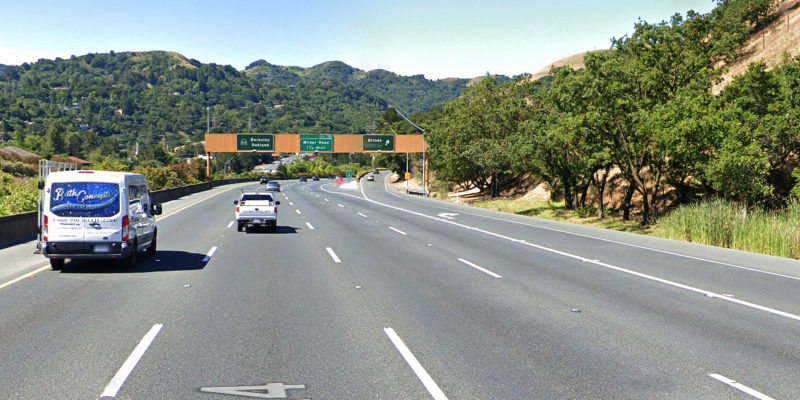 Three men were killed early Saturday, December 7, 2019 when their car veered off Highway 24 in Orinda, Calif. and struck a tree.

Three people killed in a crash off of state Highway 24 in Orinda early Saturday morning have been identified by the Contra Costa County coroner’s office.

Sione Vaitafa, 21, of Hayward, and Mauni Pahulu, 22, and Molomona Eteaki, 31, both of Oakland, died in the crash reported shortly after 3 a.m. Saturday involving a red 2009 Nissan Versa that went off the highway just east of Camino Pablo, according to the California Highway Patrol.

Investigators haven’t determined how fast the Nissan was going or why it veered to the right off the highway and struck a tree head-on, CHP officials said. All three victims died at the scene.

Anyone who witnessed the crash or the events leading up to it is asked to call the CHP’s Contra Costa-area office at (925) 646-4980.