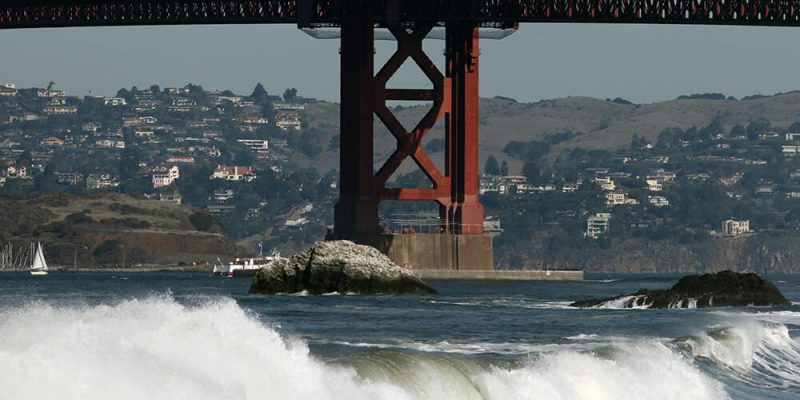 Waves from the high tide crash onto Baker Beach as traffic flows on the Golden Gate Bridge in the background in San Francisco, Calif., on Friday, November 4, 2016.

Sunday will be mostly cloudy with a chance of rain in the morning before becoming partly cloudy. Highs will be in the upper 50s. West winds will be 5 to 10 mph.

Monday will be mostly cloudy. Highs will be in the upper 50s. Southeast winds will be 5 to 10 mph before switching to west winds in the afternoon.

Police have arrested a suspect in the Saturday morning robbery at the Patelco Credit Union on Golf Course Drive in...