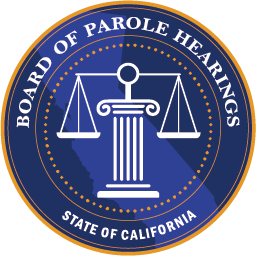 State of California Board of Parole Hearings seal.

The state Board of Parole Hearings on Tuesday denied youthful offender early parole to a Vallejo man who was sentenced to 54 years in prison for two robberies in Marin and Sonoma counties and a sexual assault in 2004, the Sonoma County District Attorney’s Office said.

Lawrence Reed, 34, was convicted of the April 9, 2004 strong-arm robbery and sexual assault of a woman at an apartment near the Santa Rosa Junior College and of a similar robbery in Corte Madera a few months prior.

Reed and three other men drove from Marin County to Santa Rosa to steal marijuana. When none was found the defendants bound and pistol-whipped the victims, held them captive and ransacked the apartment for two hours. Reed targeted the woman for sexual assault, and the four defendants fled with ATM cards, $300 and sports equipment, the District Attorney’s Office said.

Reed applied for a youthful offender early release parole hearing for defendants who committed a crime prior to age 26. Reed was 19 at the time of the robberies.

The hearing officers take into account “hallmarks of youth” that include recognizing youth are not capable of understanding the risks and consequences of their actions, cannot resist impulses and peer pressure and are less in control of life’s circumstances.

A former Contra Costa County Fire Protection District battalion chief has been charged with 12 felonies for allegedly giving himself...