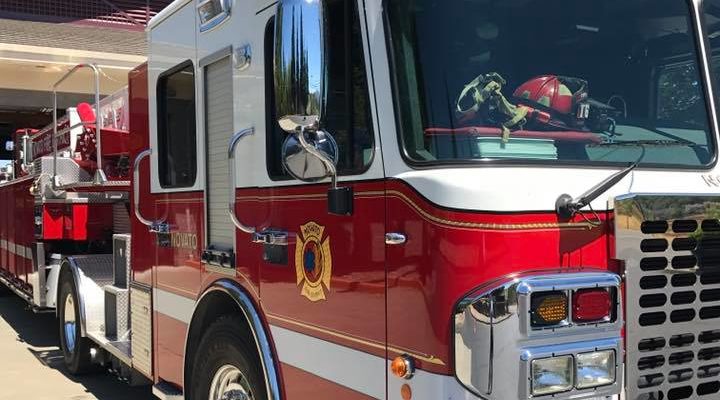 An 84-year-old woman died in a house fire on Cherry Street in Novato, Calif. Wednesday, December 4, 2019.

An 84-year-old woman died in a fire reported at her house Wednesday night in Novato, according to Novato Fire Protection District Chief Bill Tyler.

The fire was reported by a passerby at a single-family home in the 600 block of Cherry Street at about 10:30 p.m.

Firefighters arrived and determined someone was inside. Tyler said they entered the home and found:

“(The house was) full from floor to ceiling in most rooms with household items and narrow pathways.”

Crews found the woman without a pulse and brought her outside. Life-saving procedures were unsuccessful and she was pronounced dead at the scene.

Tyler said the firefighting and investigative efforts have been difficult because of the amount of items in the home.

Fire crews remain at the scene Thursday morning to investigate the cause of the fire and put out hot spots. Novato police are asking people to avoid the area and said road closures will likely be in effect until noontime.

San Francisco transit officials approved a routine change order to the Central Subway Project that will enable construction of a...