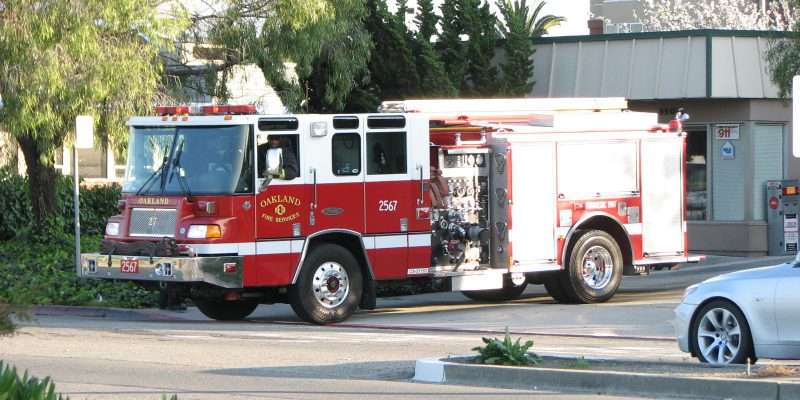 An 86-year-old man in a wheelchair was killed and his wife was injured in a fire at their home in East Oakland early Monday morning, fire officials said.

The fire was reported at the single-story home in the 1500 block of 48th Avenue at 12:43 a.m. Monday, according to Oakland fire spokesman Michael Hunt.

Firefighters who responded to the house first found the woman covered in soot on the house’s front step and then found the 86-year-old man inside, Hunt said.

The man and woman were taken to a hospital, where he was pronounced dead and she was treated for smoke inhalation, according to Hunt. Firefighters also were able to rescue a pet in the home.

Investigators believe the fire started in the house’s basement but haven’t yet determined the cause, according to Hunt. The fire caused an estimated $150,000 in damage.

A big-rig overturned and has leaked fuel near an onramp to westbound Interstate Highway 80 in Fairfield on Monday morning,...