The Giants offense is currently composed of rookies trying to prove they can hack it in the Show and tired veterans already envisioning a restful offseason.

So Logan Webb‘s solid start of six innings in the season’s penultimate contest, in which he allowed just two runs on six hits with five strikeouts against a deadly Dodgers lineup, unsurprisingly, went for naught in San Francisco’s 2-0 loss to the division rivals.

But Webb (L, 2-3, 5.22 ERA) and the Giants (77-84) can still appreciate the implications for next season in the way he closed out his major league debut year.

Facing two of the best teams in baseball in the Braves and the Dodgers in his final two outings of the season, the 22-year-old allowed just three runs over 12 innings of work, striking out 10.

He said some recent advice from veterans including Jeff Samardzija, Matt Cain Ryan Vogelsong has helped him up his game in his last two outings:

“They said it looks like I’m kind of rushing out there sometimes and I don’t mean to do that. The main thing they were talking about is: slow it down, let the game come to you, don’t get too frustrated, try to hold it in and use that, and instead of in a negative way, use it in a positive way.”

The advice has been effective for Webb and Giants manager Bruce Bochy was glowing with praise for the rookie hurler from Northern California. Bochy highlighted Webb’s fastball, offspeed and good location as keys to his success against LA:

“He backed it up from his last start, so as he goes into the offseason he’s gotta feel pretty good about how he finished up and how well he threw the ball.”

Webb held the Dodgers scoreless through the first four innings of Saturday’s matinee on efficient pitching and with the help of some stellar defense. walk to Max Muncy was erased when Chris Taylor immediately lined out to Austin Slater at first who stepped on the bag for an inning-ending double play.

Muncy led off the fourth with a single but was again cut down on a double play, this time on a fantastic turn by rookie Mauricio Dubón at second.

The impact of the young second baseman’s play was put on display one batter later when Cody Bellinger‘s would-have-been RBI double yielded nothing. Webb left him standing at second after striking out Cory Seager to end the inning.

The young righty finally surrendered a run in the fifth when Gavin Lux scored from second on Dodgers starter Hyun-Jin Ryu‘s eighth hit and third RBI of the season. Los Angeles added one more on a sixth-inning 429-foot dinger to right-center that rocketed off Muncy’s bat at 108.2-mph.

But those were Webb’s only blemishes, and his performance in addition to those of relievers Tyler Rogers, Fernando Abad and Andy Suárez, who combined for three scoreless innings, certainly offers a glimmer of hope for the future of the organization in the wake of their third consecutive losing season.

In addition to the three scoreless relief innings Saturday, bullpen arms pitched six scoreless frames Friday night after Johnny Cueto got the hook after just two. Many of the relievers who have answered the call in these games are undoubtedly auditioning for jobs next April. Bochy said he was impressed with the poise they’ve shown:

“These guys have been called into high-leverage situations with the change in  [after the trade deadline and injuries], and this is a valuable experience for them. It’s only going to make them better, but it also allows us to see how they react when they’re out there, and they’ve thrown the ball very well against a good team.”

Of the afternoon’s three fruitless rallies, the failure to launch in the ninth inning might have engendered the most frustration.

Dodgers closer Kenley Jansen (S, 33, 3.71 ERA) hit Evan Longoria and allowed a Kevin Pillar single to open the inning. But with two on, no outs and the go-ahead run at the plate, Jansen whiffed Stephen Vogt, Jaylin Davis and Alex Dickerson in order, to seal the LA win.

Ryu (W, 14-5, 2.32 ERA) put the finishing touches on his outstanding regular season, going seven scoreless. He allowed just five hits while striking out seven in his final tune-up before October.

Madison Bumgarner was initially scheduled to pitch Sunday’s season finale, the last of Bochy’s managerial career and the last before Bumgarner goes into free agency this offseason. But Bochy announced Friday that the two discussed the matter and decided against it.

Bumgarner agreed, saying the pair mulled it over for several days before ultimately coming to the same conclusion:

“I thought that was what made most sense for both of us, and that was what we decided to do. I wouldn’t say there’s any disappointment, we’ve had a great career together.  My time here has been special, we went through  a lot of amazing things and tomorrow’s not going to change any of that one way or the other by any means.”

But when asked if the Giants might find a way to give the fans a chance to give Bumgarner a final ovation Sunday, Bochy, coy as ever, said:

“I don’t know exactly how we can do that but you never know. I’ve talked to him and he’s gonna be out here watching the game. He’ll have his spikes on, I’ll put it that way.”

Saturday marked the Dodger’s 105th win of the season, tying a franchise record. The last time they won that many games was when they were still in Brooklyn in 1953. 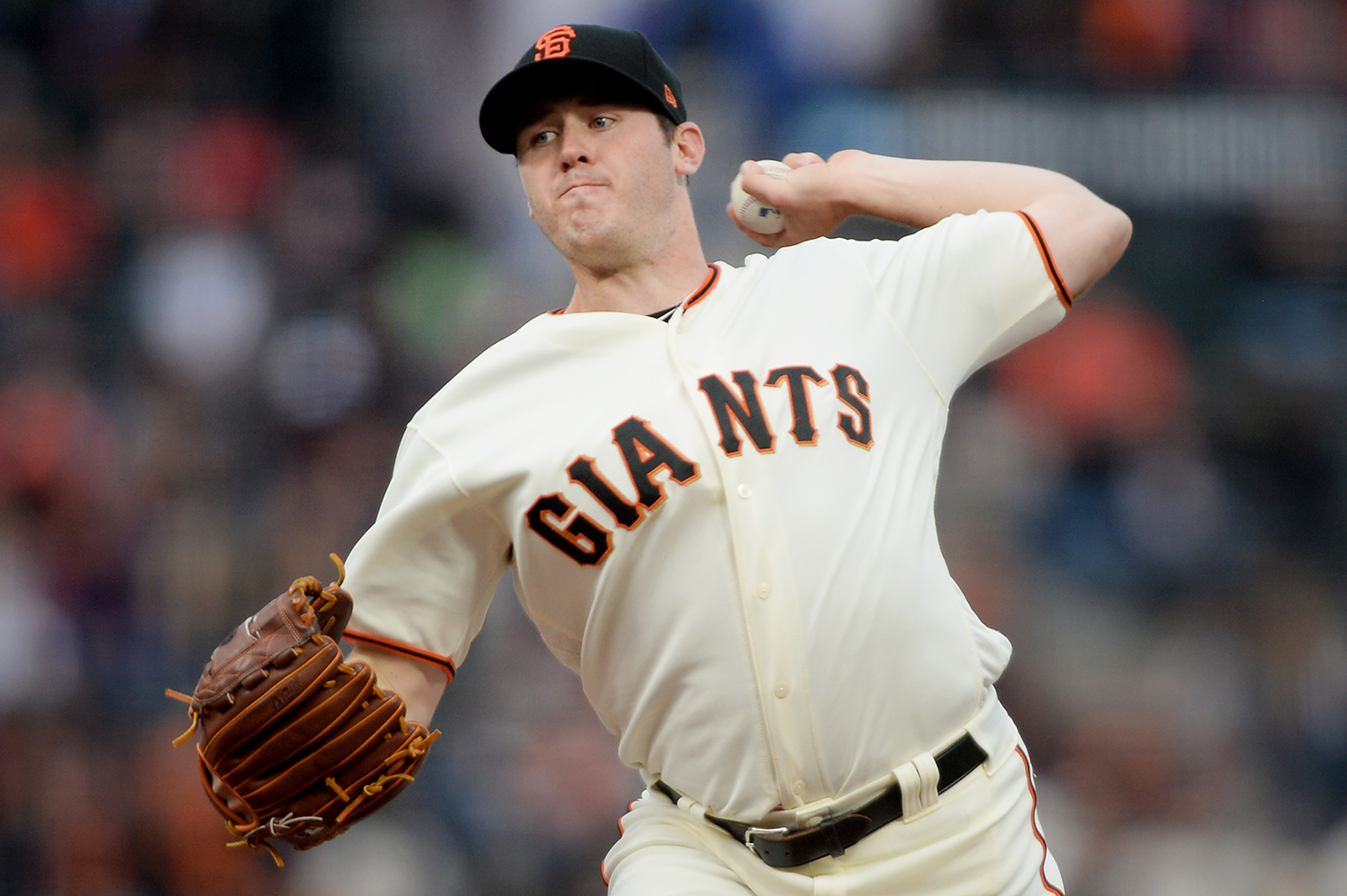