San Jose police have arrested a man in Hayward who is believed to have stolen a semi-truck, then escaped arrest by stealing a police car Tuesday morning.

Andrew Trujillo, 40, was arrested in a second stolen semi-truck shortly before 4:30 p.m., according to police spokesman Sgt. Enrique Garcia.

Police said they were initially searching for Trujillo in connection with a semi-truck that was reported stolen at 5:23 a.m. in the first block of Holger Way in San Jose.

The reporting party said the GPS system in the truck showed it was stationary at that address, according to police. Officers allegedly found Trujillo in the truck’s cab and arrested him.

He was placed in handcuffs in the caged-off backseat of a police car, but he somehow escaped the back of the car and drove away in the vehicle, according to police.

The car was located this morning in the 23000 block of Clawiter Road in Hayward with all weapons accounted for, according to police.

Garcia said Trujillo did not have any weapons when he was arrested, and faces at minimum three counts of auto theft. He will be booked into jail this evening. 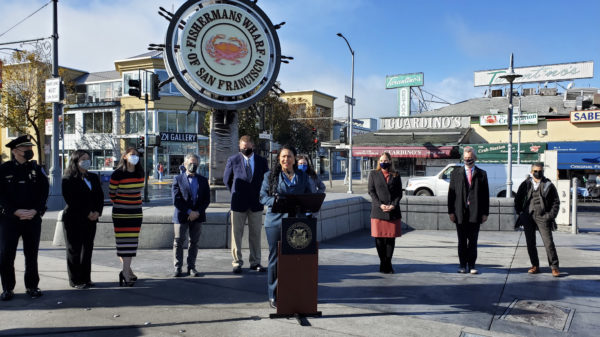