The Giants starting rotation was beginning to hit its stride right around the time Jeff Samardzija and Johnny Cueto returned from rehabbing injuries that had them sidelined for the majority of the season’s first half.

But since they retook their spots in the rotation, things have looked less rosy on that front and fans may find it hard not to pine for the numbers of June as the Giants have slipped back to one game above .500 one series into the post-All-Star Break push to October.

Madison Bumgarner (3-3, 3.19 ERA) returned in early June and with each consecutive start he was looking stronger and more reminiscent of the lights-out “MadBum” known for intimidating hitters and performing fabulously in October. And for the most part the rest of the rotation was standing tall in the absence of Cueto and Samardzija.

During that month before the pieces were moved to arrange for the homecomings of Samardzija and Cueto, Bumgarner, Andy Suárez, Dereck Rodríguez , Chris Stratton and Derek Holland combined for a 10-6 record with a 2.39 ERA and a ratio of 136 strikeouts to 41 walks. They allowed just 52 earned runs and a dozen homers in that span. Now, with eight games left to play in July, the newly arranged starting five are 3-7 with a 4.60 ERA and a 74-to-37 strikeout ratio this month, and they’ve allowed 48 earned runs and 12 homers.

Bumgarner’s June return pushed a middling Ty Blach into a long relief role, but creating space for Samardzija and Cueto made for tougher decisions. Stratton had been doing well overall, but had struggled in a few of the starts leading up to the move, while his fellow rookies Rodríguez (5-1, 2.72 ERA) and Suárez (3-6, 3.94 ERA) continued to steam roll opponents, so it was Stratton who was sent to Sacramento. Holland (5-8, 4.06 ERA), meanwhile, was marginally outperformed by the two rookies so he was retained, but moved to the ‘pen as a long-reliever and occasional spot-starter.

The Giants made these tough calls under the assumption that Samardzija and Cueto, the second and third starters in the rotation, would provide an even stronger boost for a second half surge once they got back into the swing of things.

For Samardzija, that now seems unlikely. It took him four rehab starts to achieve the stamina to make it past the fourth inning to be big league-ready. Nevertheless, he showed promise in his July 7 maiden voyage post-rehab for right shoulder tightness. He made it through five innings on 81 pitches and maintained command and velocity throughout, walking just one and topping out just above 95 miles per hour. It looked like exactly what the Giants had hoped to see out of a guy coming back from a nagging injury.

But his next start was a belly flop. His velocity was down and he couldn’t find the strike zone. He started each inning battling to find his footing and as the frame wore on he would loosen up, only to repeat the process the next inning. After just 55 pitches, manager Bruce Bochy hooked him and he was placed on the 10-day disabled list the next day. As it stands, he’s unlikely for his next turn in the rotation on Wednesday against Seattle.

Cueto’s case has been troubling as well. His first three post-DL starts have not necessarily trended in a promising direction.

For one, teams have been hitting him hard. He’s allowed seven homers in his three starts while allowing just one in the five games he started before being sidelined for a strained UCL earlier this season.

His first start could’ve easily been chalked up to rust. He gave up four runs on four hits in the first inning alone and was pulled at 76 pitches in the fifth after allowing a fifth run and six more hits. His second and third starts were better-ish, but certainly not anything close to the Cueto of old.

The Giants put Cueto on an additional day of rest between starts in an effort to tip-toe around a UCL that will likely eventually need Tommy John surgery, so with five days off he faced the Cubs giving up three runs on six hits in five innings on 86 pitches, striking out seven which seemed encouraging.

But in Oakland this past weekend, he gave up three homers and allowed a total of four runs on six hits. With the All-Star break he was on ten days rest for the start against the A’s, so in theory that could have factored in, but it’s hard to say. The Giants have not indicated there’s any issue with Cueto’s health at this time.

The question is, what do the Giants do now? There’s been no definitive announcement as to what specifically is ailing Samardzija’s shoulder, though diagnostics including an MRI have been performed. It seems more time on the DL and more rehab games are in his future, barring some medical intervention heretofore unmentioned by the team, but the future beyond that seems unwritten.

Meanwhile, Holland, in his role as long relief-man with one start mixed in, has 22 strikeouts in 13-1/3 innings with a 2.03 ERA, and opponents are batting .204 against him. And all this is with a .346 BAbip, (batting average on balls in play) which is to say, he’s been unlucky in a way that is usually unsustainable. If he continues pitching as he has been, statistics are in favor of him giving up even fewer hits because 30 percent of batted balls in play tend to go for hits (you can read more about BAbip here).

Stratton went to Triple-A Sacramento with an 8-6 record and 4.93 ERA.

He has since pitched two games with the River Cats. In the first, he gave up five runs on nine hits, but in his second appearance last week he gave up two runs on six hits and struck out 10. He would certainly be in the mix if Cueto’s situation became untenable. But it seems likeliest that Holland finds his way back into the rotation to fill Samardzija’s spot and the Giants hold their breath and cross their fingers on Cueto for another start or two before making any rash decision.

If the Giants want to make a late summer run for a close division they have no time to lose gambling on the efficacy of Samardzija’s arm. So if or when he does come back, the question is whether he makes it back to the rotation or finds a seat in the bullpen. They are four games behind a first-place Dodgers squad that now features Manny Machado. My money is on the bullpen.

The Giants open the second half of their season series with the Mariners Tuesday. Suárez will face M’s southpaw James Paxton (8-4, 3.70 ERA) in the 7:10 p.m. game at Safeco Field in Seattle. 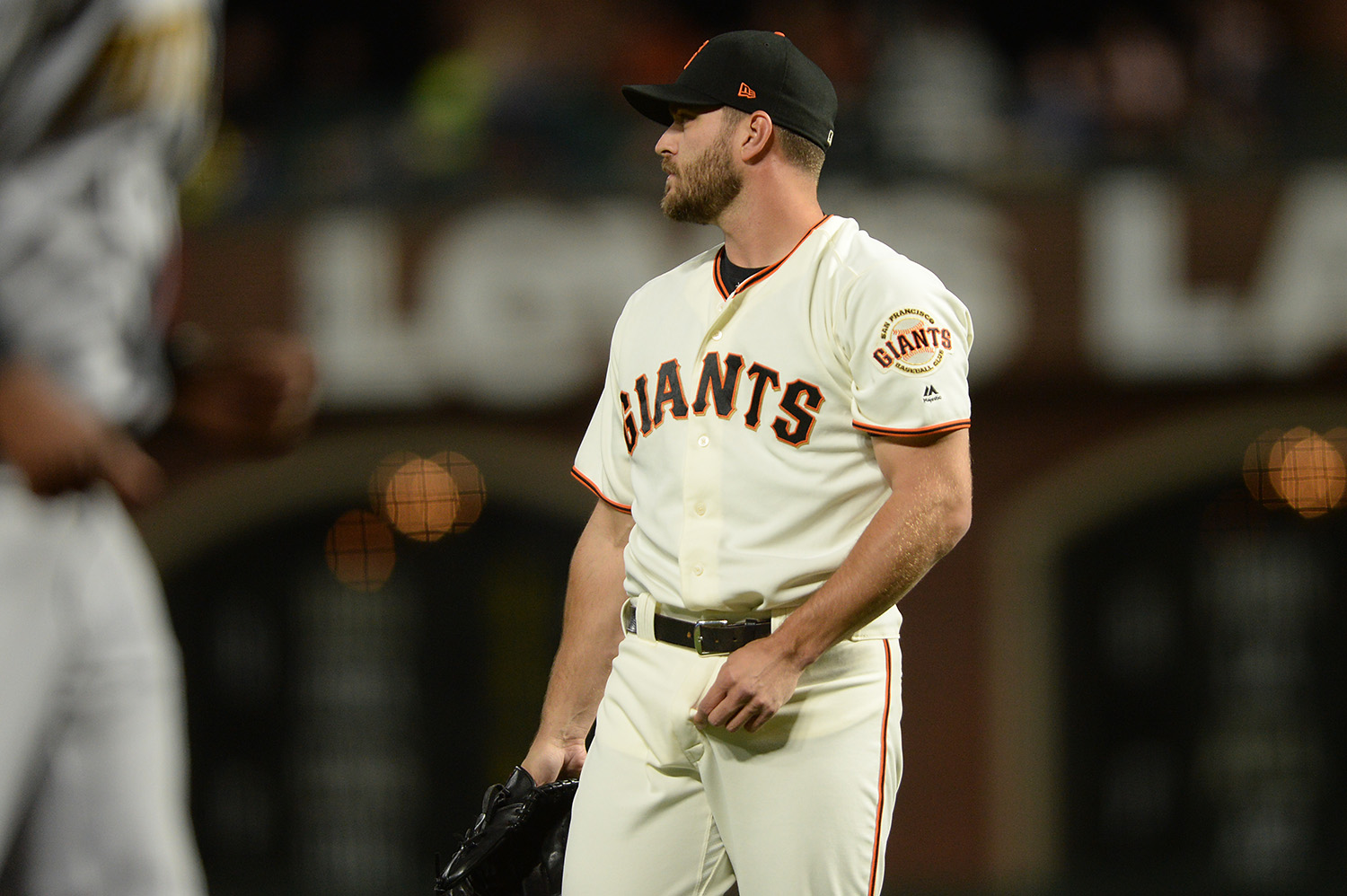 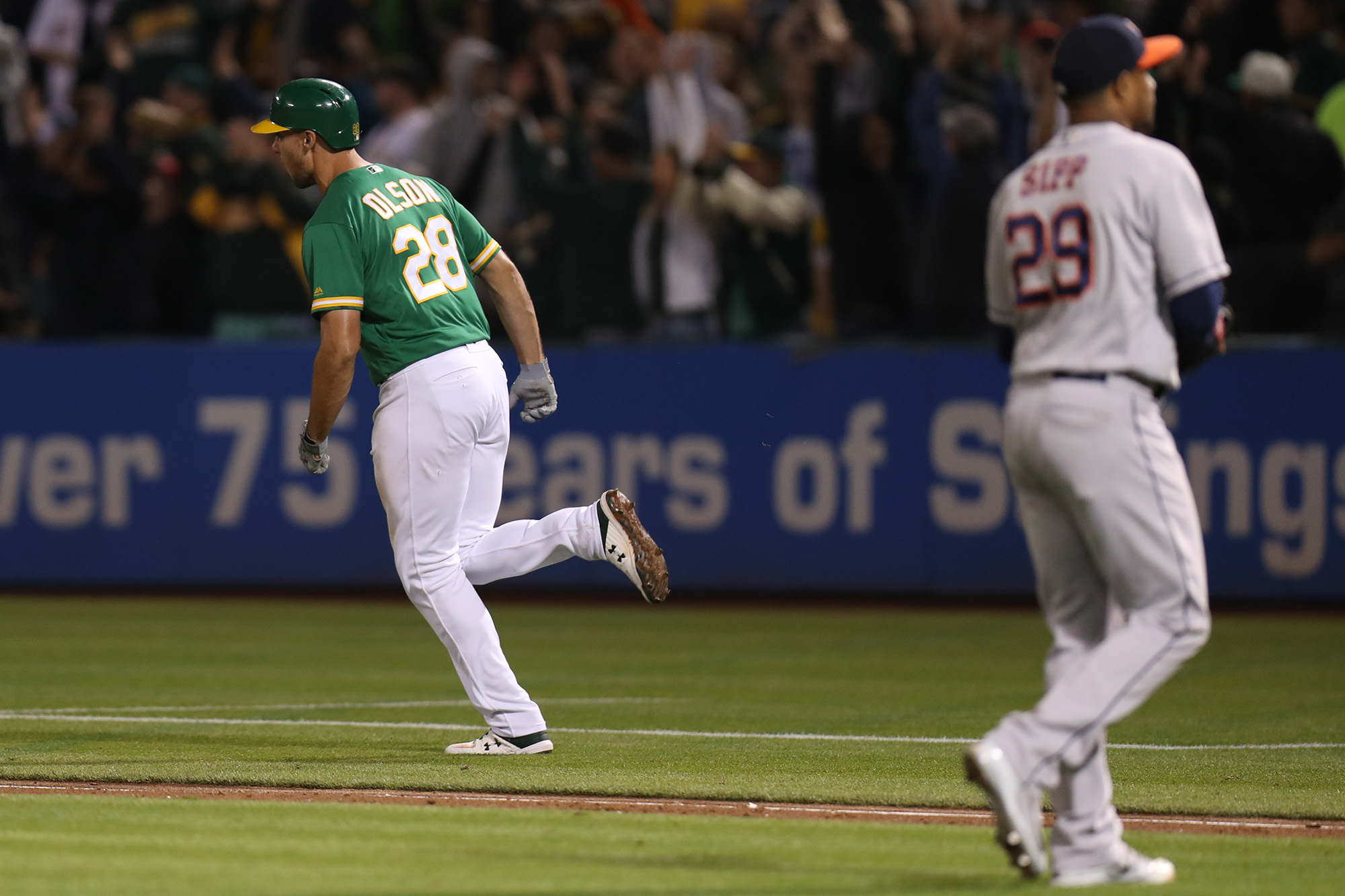 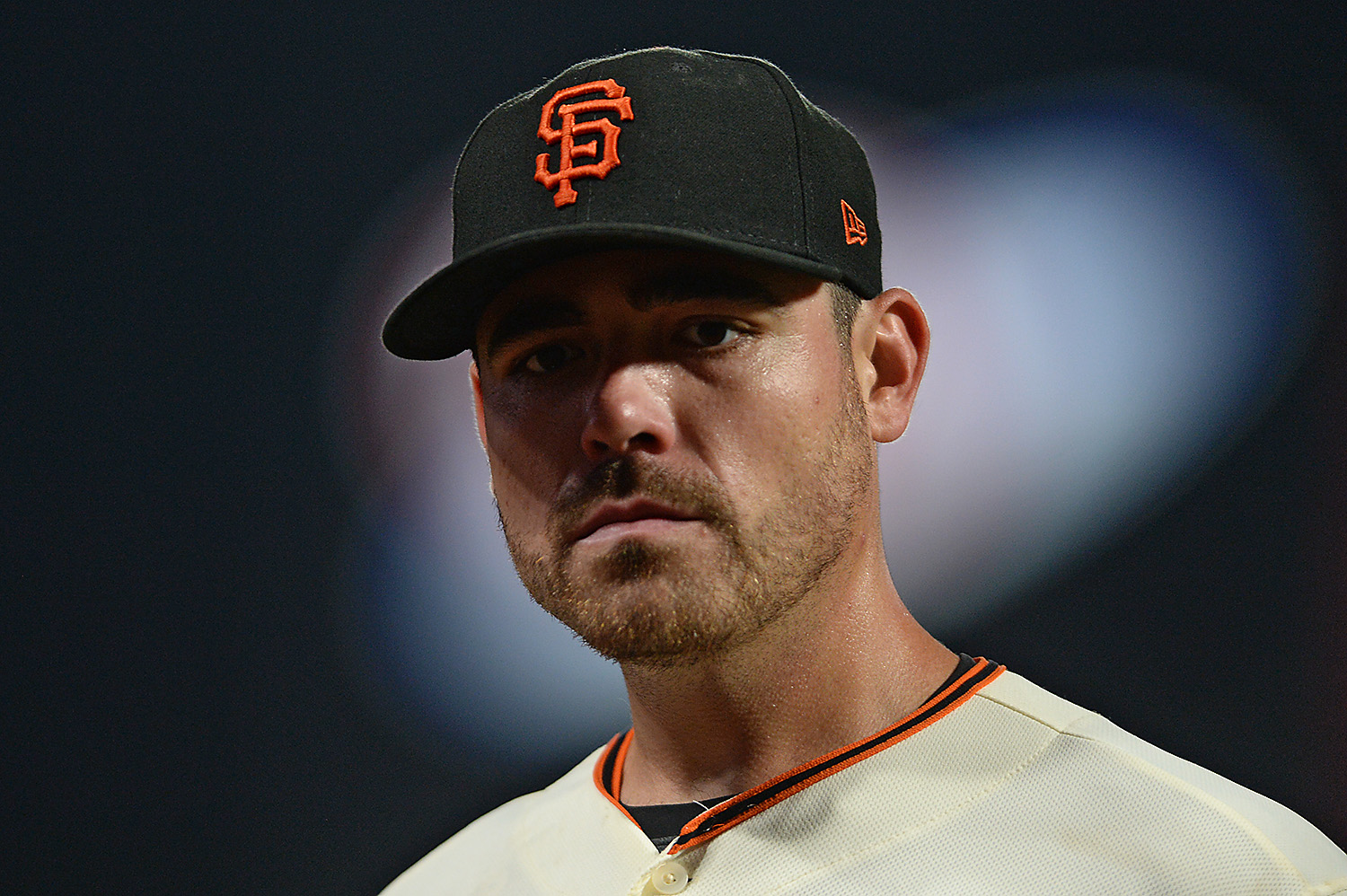