A spat between a group of people in downtown San Francisco early this morning quickly escalated and resulted in a man being stabbed in the chest, causing life-threatening injuries, police said.

Around 2:20 a.m., a man and a woman were walking through Mint Plaza, behind the Old Mint building at Mission and Fifth streets, when they got into a verbal altercation with four men.

One of the suspects suddenly pepper-sprayed the victims, a 21-year-old man and a 20-year-old woman, according to police.

A second suspect armed with a skateboard then lunged at the woman and the two started fighting, resulting in the woman being hit in the head with the skateboard.

The suspects took off running and that’s when the female victim looked over at her male companion and saw that he’d been stabbed, police said.

The man was rushed to a hospital for his life-threatening stab wounds.

Police were unable to locate the suspects and a description of them was not immediately available.

Anyone with information about the case is encouraged to call the San Francisco police tip line at (415) 575-4444, where tipsters can remain anonymous. 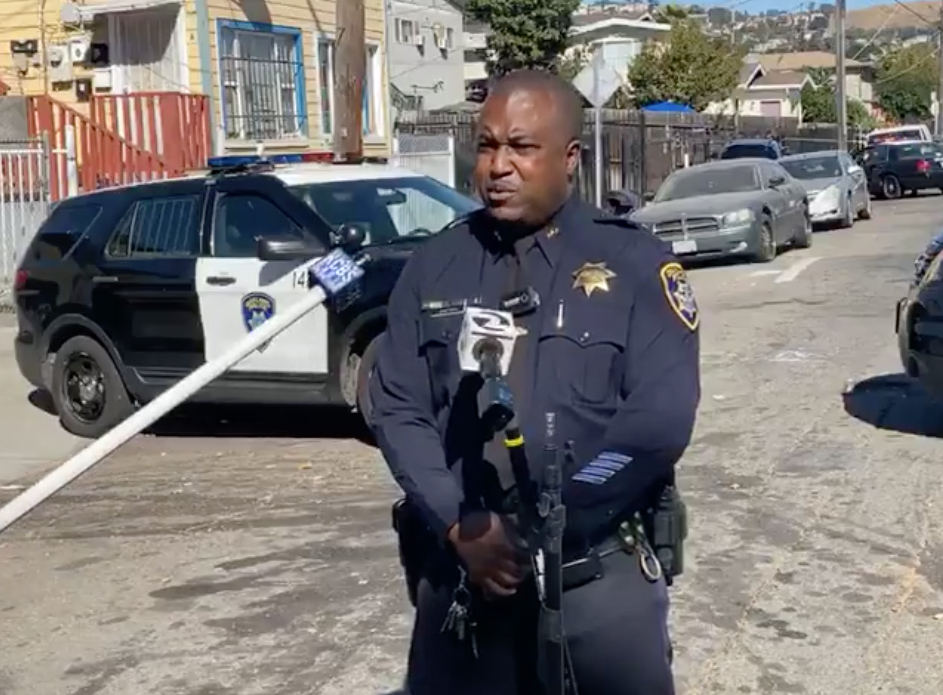