Bobby Evans and his team had only small spaces to work with.

The first, a small crack in the window to win with Madison Bumgarner, Buster Posey and Brandon Crawford under Bruce Bochy’s tutelage. The front office faced reporters following their dismal 98-loss season and voiced their commitment to go for it in 2018, to avoid a rebuild, and work with the talent in which they had invested over the early part of this decade.

But without the financial freedoms a rebuild might allow, Evans had to navigate under the competitive balance tax and assemble a team with a workable outfield and third baseman, without the prospect depth needed to execute a trade for the younger talent all teams are starting to covet.

Evans had inches to work with. Given the circumstances, Giants fans should be pleased with the players he pulled through the cracks all while keeping under the tax threshold and retaining all but one of their prospects, Christian Arroyo.

Andrew McCutchen joins Evan Longoria on a 2018 Giants lineup comprised of 30+ year olds (save for 27-year-old Joe Panik). Suddenly the Giants have three Franchise Faces — their own and two stripped from others — that should crowd the middle of the order.

The downside: McCutchen and Longoria are on the downhill-half of their careers. The upside: They could still churn out above-average results. They could provide a noticeable boost in the middle of the order, more glue to the clubhouse cohesion and, perhaps, elevate the defense.

For the Giants, Brian Sabean said on a conference call Tuesday, McCutchen was the “apple of their eye,” one that required a dogged pursuit. Evans said they weren’t quite sure Pittsburgh would hand over Cutch until the final stage of their discussions:

“As I look at our roster and see Cutch’s name on it, I continue to do a double take because I’m used to seeing him on Pittsburgh’s roster.”

Bochy announced on the conference call that McCutchen would play right field. He spoke with the corner’s former occupant, Hunter Pence, who happily accepted a shift to left field, said Bochy:

“He’s just so excited to have Cutch on the team he’s good with anything or whatever is best for the club.”

McCutchen has played only 115 career innings in right field, the rest in center field. He’s accepted the shift:

He has a point. The one-time Gold Glove center fielder’s numbers have slipped to minus-14 defensive runs saved last year. That number could only get worse in AT&T Park’s prairie of a center field. Right field could provide just as difficult a challenge, McCutchen acknowledged:

“San Francisco has a huge field. It’s bigger than PNC Park. They’ve got Triples Alley and it’s called Triples Alley for a reason. For me, it’s another center field.”

For McCutchen the Giants gave up Kyle Crick, a reliever that could have been an essential piece to an already weak bullpen, and OF prospect Bryan Reynolds with $500,000 in international bonus pool money. McCutchen is on the final year of his six-year contract, this year earning $14.5 million.

So all those moves and center field is still open. Evans found two players within those small spaces that, despite ages that buck the MLB trend (McCutchen is 31, Evan Longoria 32), have the potential to elevate 2017’s stagnant dugout.

Perhaps more impressive and important is that Evans was able to stay tax neutral and under the threshold. The Rays took on Span’s $13 million contract and sent money to neutralize Evan Longoria’s hit over his six-year contract. The Pirates sent over $2.5 million with McCutchen.

As of now, according to Cot’s Baseball Contracts, the Giants are $4.5 million under the CBT. That’s not an official number, but we know they still have a little wiggle room to sign a starting center fielder or a reliever, maybe a back-end starter to fill the gap left by Matt Moore.

If they hope to put all their eggs in the outfield basket, here are some options to complete the trifecta:

Jarrod Dyson is coming off his one-year, $2.8 million contract with the Mariners. He’d be a good fit for the Giants if they’re hoping to add a year of solid defense in that wide open space in lieu of power –something they said they wanted in October. Dyson ranks among the top in SDI last year with 6.8, not much worse than Lorenzo Cain (10.1), who’d come at a much steeper price, including two draft picks.

They could also go for Austin Jackson, who earned $1.5 million last year with the Indians and could ask for a bit more as a starter with the Giants. He’s not the defensive wall Dyson seems to be, but he hits for a little power and is reliable with his glove.

Jon Jay played all outfield positions for the Cubs last season. Has little-to-no power, project to hit four home runs. The market seems a little unclear for Jay. He signed a one-year, $8 million contract with the Cubs last year. That could be too steep for the Giants if they hope to stay under.

Or they could let loose of the rope and sign Cain, lose the draft picks (which they could get back by offering Cutch a qualifying offer at the end of the season) and go over the limit they seem to have worked so hard to stay under. That probably won’t happen.

Or they could go all-in on Gorkys Hernandez, go all in on Steven Duggar, or platoon the pair. It would seem a waste to pluck Duggar — who has finally find his groove following his injury — and dice his time.

Evans said they’d like to keep Duggar in their back pocket this year:

“We think Duggar is just about ready, we’d love to give him a little more time.” 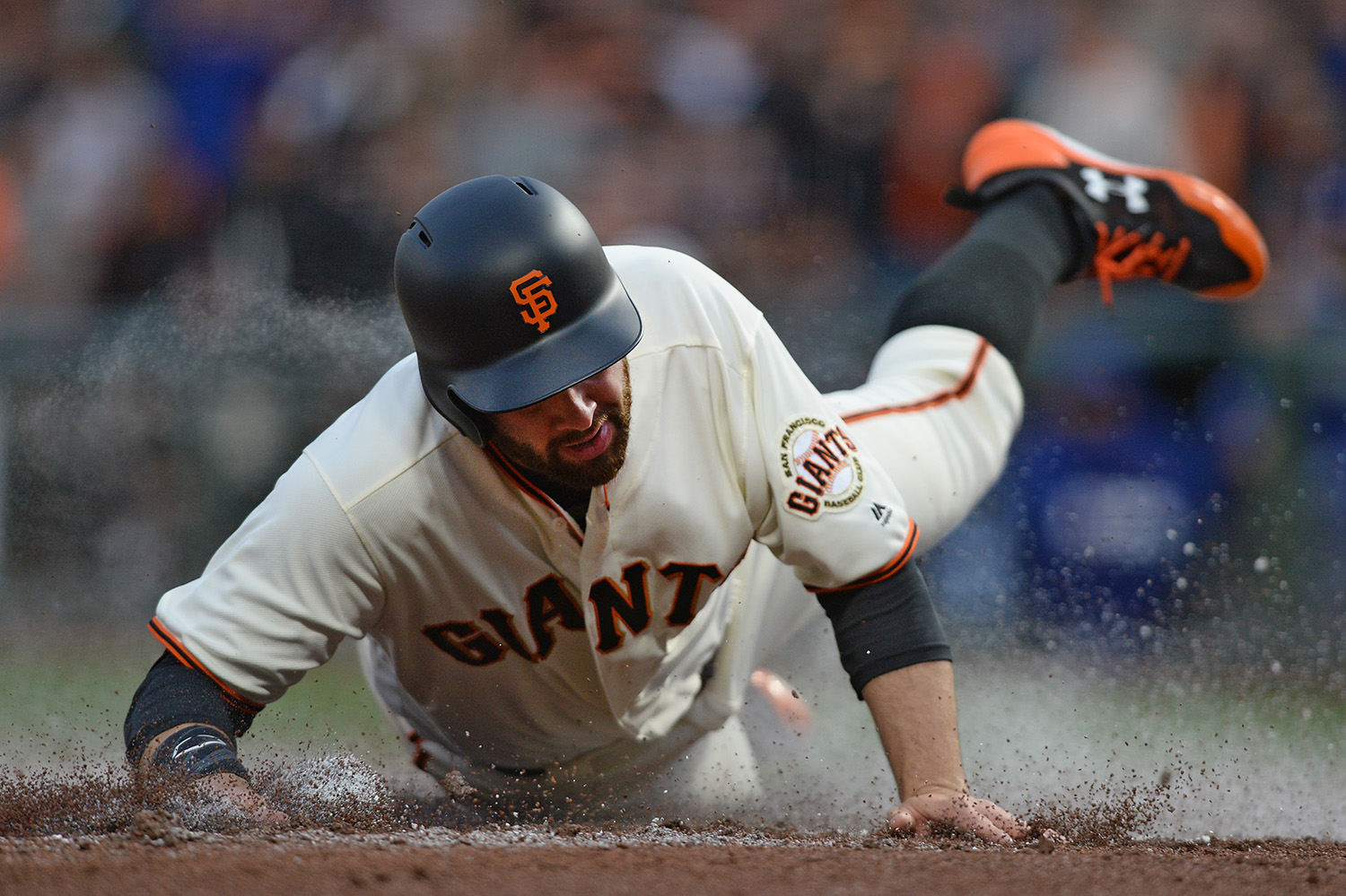