At least one person has died in a crash in unincorporated Napa County Tuesday evening, according to the California Highway Patrol.

The incident was reported at just after 5 p.m. near State Highway 121, also known as Monticello Road, and Wild Horse Valley Road.

The crash reportedly involved a vehicle that went down an embankment and struck a tree, CHP officials said.

A Sig-alert has been issued, closing Highway 121 in both directions between Vichy Avenue and Wooden Valley Road, according to the CHP. 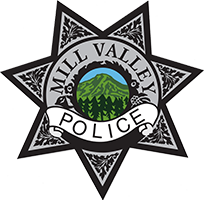