Just a few minutes after midnight, a citizen flagged down officers regarding what was described as a suspicious vehicle near 18th and Diamond streets, according to police.

The officers approached the vehicle, and there was an exchange of gunfire between the suspect and at least one officer, police said.

One officer, a 41-year-old man who is a nine-year veteran of the department and is assigned to the Crime Scene Investigation Unit, was taken to a hospital with a gunshot wound, according to police.

A suspect was also taken to the hospital with a gunshot wound and was reported to be undergoing surgery, as was the police officer.

Market Street to 19th Street and Castro Street to Eureka Street remain closed this morning as officers investigate the case, according to police.

Police said a town hall meeting will be held regarding the shooting within 10 days.

Anyone with information about the case is asked to call the San Francisco police tip line at (415) 575-4444, or to text a tip to TIP411 and begin the message with “SFPD.” Calls and texts can remain anonymous. 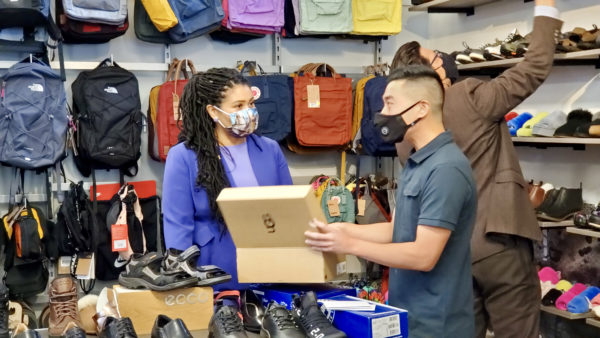