A security guard who shot a man Tuesday during a confrontation over an alleged shoplifting incident in San Francisco has been arrested, police said Wednesday.

The shooting occurred shortly after 2:30 p.m. in the area of Fifth and Howard streets at a Burlington Coat Factory store where the guard, a 42-year-old man, confronted a suspected shoplifter, according to Officer Robert Rueca.

A struggle ensued that moved outside of the store, and the guard shot the 33-year-old man in the leg, Rueca said.

The victim was taken to a hospital with injuries that are not considered life-threatening.

The guard, whose identity has not yet been released, was arrested on suspicion of assault with a firearm and shooting at an inhabited dwelling. 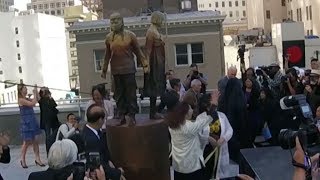