CPMC informed employees and patients in June that that unit, which had 39 skilled nursing beds and 40 sub-acute skilled nursing beds, would be closing by the end of October. The closure is part of a planned transition into a new 120-bed, 215,000 square foot campus for St. Luke’s, which is expected to open in 2018, according to hospital officials.

At a hearing Wednesday called by Supervisors Hillary Ronen and Ahsha Safai, however, supervisors questioned hospital officials on the decision to close the skilled nursing and sub-acute beds, which provide long-term care for patients who require around-the-clock nursing but are well enough to be discharged from the hospital.

The closure will leave The City with without any sub-acute beds for the most medically fragile patients, forcing them to be transferred to other counties around the Bay Area or possibly as far away as Sacramento.

Mary Lanier, a CPMC vice president and site administrator for the hospital’s Davies Campus, said the hospital would not have any space available in its new facilities for the skilled nursing unit:

“Our primary goal is to provide acute care. … I don’t have any other beds, those beds will be full.”

However, supervisors rejected the explanation.

“You bought a facility with sub-acute beds, and you purposefully chose not to fill them. … To say you don’t have space, that’s just patently not true.”

“Do you understand what it means to take somebody out of a caregiving team and place them in another one, to take them away from their family? … My question is, if you understand this, how can you do this?”

The loss of skilled nursing and sub-acute nursing beds is a regional problem and part of a national trend, according to Colleen Chawla, director of policy and planning for the San Francisco Department of Public Health.

In particular, the number of hospital-based facilities is declining sharply due to low Medi-Cal reimbursement rates that make such facilities unprofitable. Stand-alone skilled nursing facilities, which may not have as great an access to medical staff, are less expensive to run, Chawla said.

In San Francisco, the problem is particularly acute, in part due to high land costs. There are currently around 21 skilled nursing beds per 1000 adults over the age of 65, but with the population of seniors expected to grow that number is likely to drop to 12 per 1000 by 2030, Chawla said.

Sutter Health signed a development agreement with the city in 2013 as it moved to rebuild its hospitals offering some guarantees that patient care levels would be maintained. However, that agreement was silent on the issue of skilled nursing beds.

It does, however, require CPMC to work with the Department of Public Health and other agencies to develop proposals on providing sub-acute services in San Francisco. That collaborative effort is expected to release a report later this fall.

The Health Commission will hold hearings on the planned unit closures in August and September to determine if they will have an adverse impact on The City.

Safai and Ronen said they planned to hold follow-up hearings on the closures to determine what if anything could be done to preserve the skilled nursing beds.

“I’m not sure if we have leverage or power to stop you from closing the sub-acute beds at St. Luke’s, but we expect that there is a real meaningful effort with resources backing it to make sure there is a safe alternative in San Francisco.” 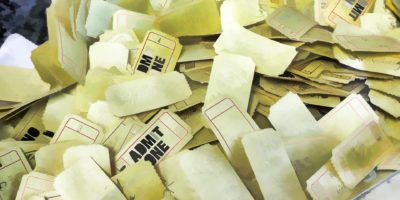 Jeff Samardzija dealt one of his strongest outings of the season at a time with more eyes on him than...