Baseball is a game of inches. Tuesday night’s game came down to just a few of them.

With the bases loaded in the third, Jeff Samardzija tried to put a sinker away, but Jake Lamb put a good swing on it and sent a drive near dead center.

With a reach and a lunge, the ball tipped right off Gorkys Hernandez’s glove sending him crashing into the Yahoo! wall. What initially looked like a long sac fly turned into a game-changing disaster, said manager Bruce Bochy:

“Yeah, I thought he had a beat on it. He’s so good out there. He was upset with himself.”

The bases cleared, ultimately proving to be enough for the Arizona Diamondbacks (7-2) to stave off a ninth inning rally, topping the San Francisco Giants 4-3 Tuesday, said Bochy:

“We make that play, it’s a different game.”

Hernandez and the Giants (3-6) could have used those extra inches a half-inning prior as well when, with the bases loaded and two outs, a potential grand slam dropped into left fielder Yasmany Tomas' glove at the wall, said Hernandez:

"Yeah, I thought it had a chance."

Every inch fell in Arizona's favor on this night -- or, at least it seemed that way. One inning after the game-shifting pair of swings, A.J. Pollock sprinted a perfect route to rob Aaron Hill of a sure-thing one-out double, at minimum, with Hunter Pence taking off from first.

The catch continued a night of unlucky drives, stopped by perfectly placed D-Backs, extinguishing any inkling of spark from a depleted Giants offense.

Brandon Crawford and Denard Span sat out against lefty starter Robbie Ray (W, 1-0, 2.19), who left little room for the Giants to sneak home. He pitched 6-2/3 innings of shutout ball, allowing just three hits and striking out eight. Brandon Belt gave him two of those K's.

The Giants had to wait around until Jorge De La Rosa came around to show some life.

Nick Hundley started off that eighth inning with a double that ricocheted off Lamb's glove at third. Eduardo Nunez reached on a grounder fielded by shortstop Chris Owings deep in the hole -- one of Nunez' four hits, three of the infield variety -- but Chris Marrero erased much of that threat with a double play.

Joe Panik did came up with the first clutch hit of the night, driving in Hundley from third with a line-sniffing double that landed in the right field corner. Hernandez struck out with runners on, putting an end to that madness.

Then came closer Fernando Rodney (S, 3, 6.75 ERA), and the Giants saw a second, second life while a heavy cloud of rain blanketing a restless and wet crowd. It started with a one-out Pence walk -- he'd reached base for the fifth time on the nigh (two hits, three walks).

Hundley doubled to right, scoring Pence. Nunez singled to left, scoring Hundley. Crawford came off the bench for a potential game-tier, but struck out. Game over.

So the ninth-inning comeback drought gets dryer -- despite mother nature's best attempt to quell the dry spell herself.

The Giants are now winless in their last 62 games when trailing in the ninth inning or later. Just nine days in to 2017, the Giants have come one run short three times. A ninth-inning comeback walk-off feels imminent, said Bochy:

"You certainly feel it, especially tonight. Those guys were fighting and we had the right guy up."

And the night started with the right guy on the mound. The Hernandez blunder thrashed a "Shark" gem.

Samardzija (L, 0-2, 6.75 ERA) said after his Spring outing against the Oakland Athletics that he was particularly proud of where his slider was locating, something that rolled with him right into his first San Francisco outing of 2017.

He struck out seven, most swinging through a slider that slipped nicely out of the zone, in his 6-2/3 of five-hit innings. Perhaps more importantly, the Shark dished 112 pitches in April and was happy with it:

"It's good to get there and feel good."

Buster Posey was placed on the 7-day concussion DL after taking a fastball to the head Monday. ... Jeff Samardzija hit Paul Goldschmidt with a pitch in his first at bat, which appeared have some Posey-related spin on it. Asked if it was in retaliation, Bruce Bochy angrily denied comment. Samardzija said, "It didn't feel like pitches over the plate to him were a good idea." 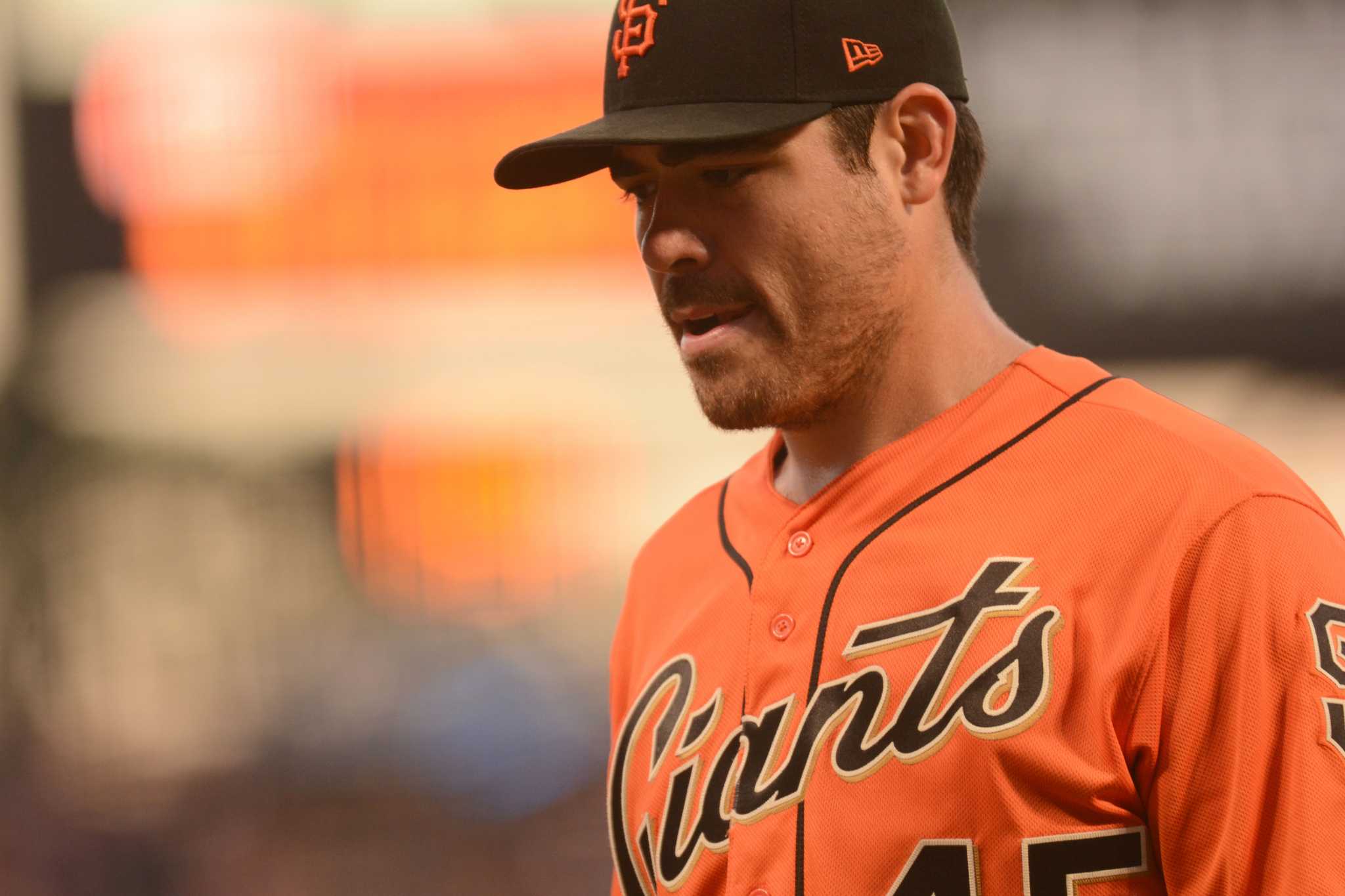 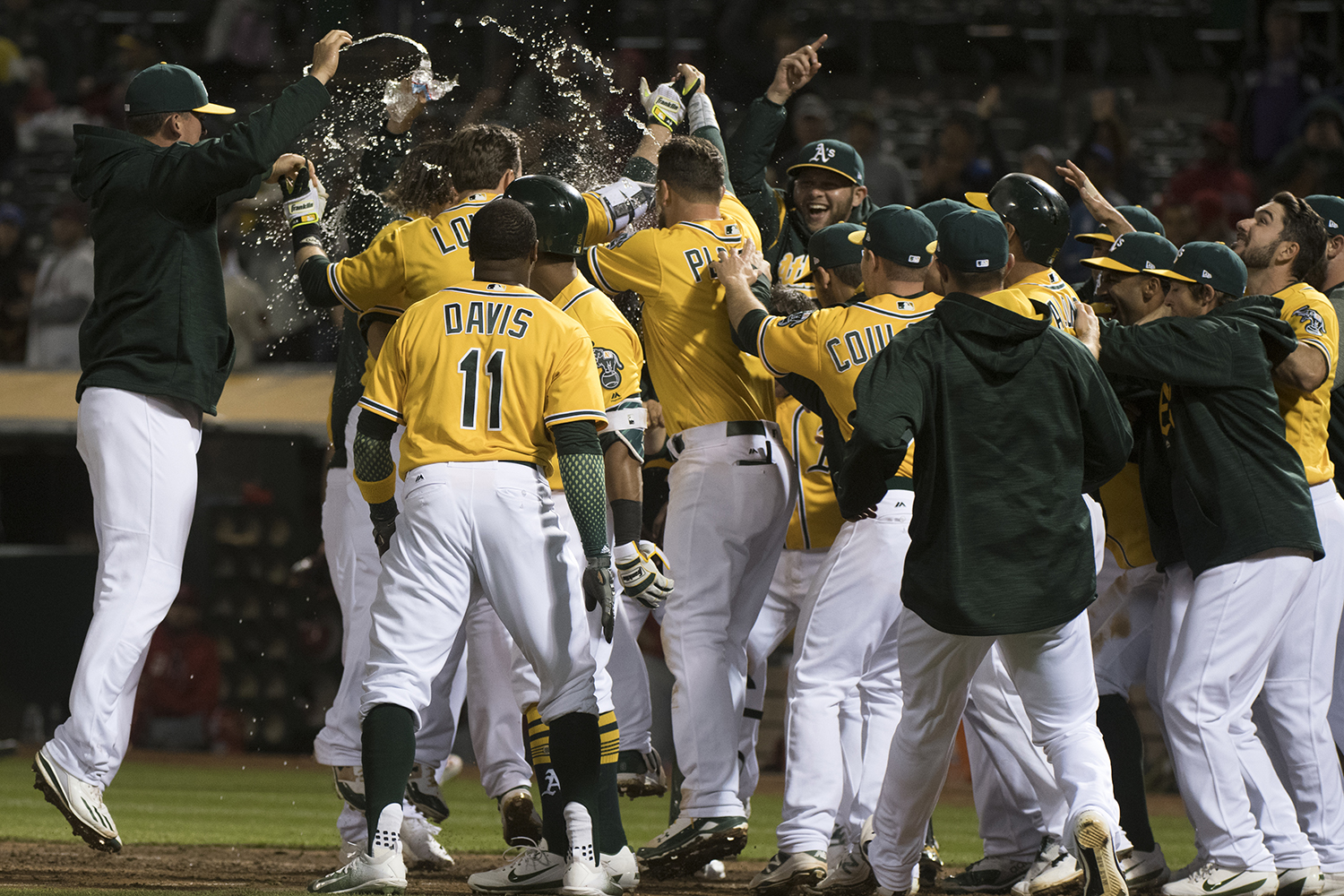 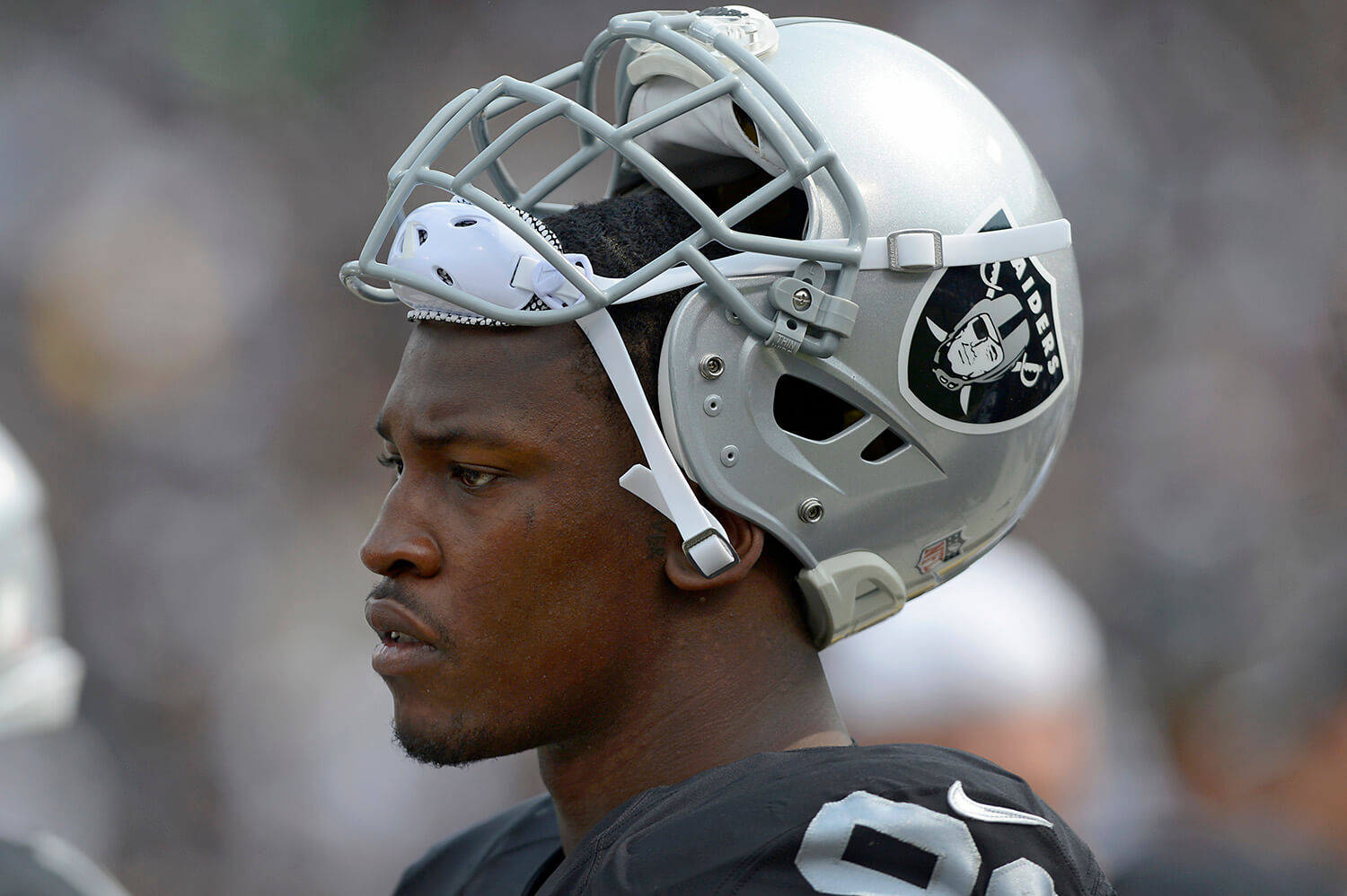 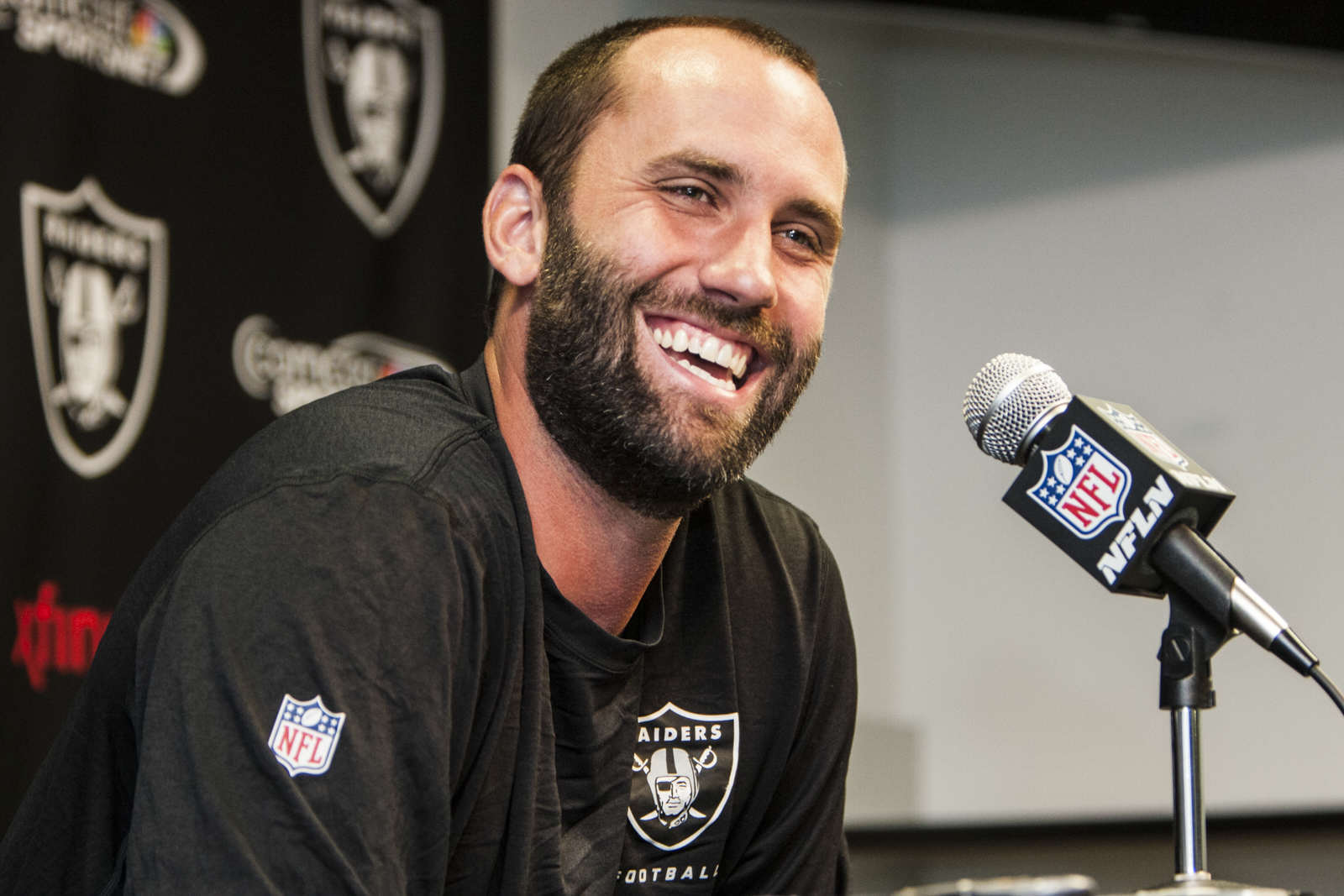 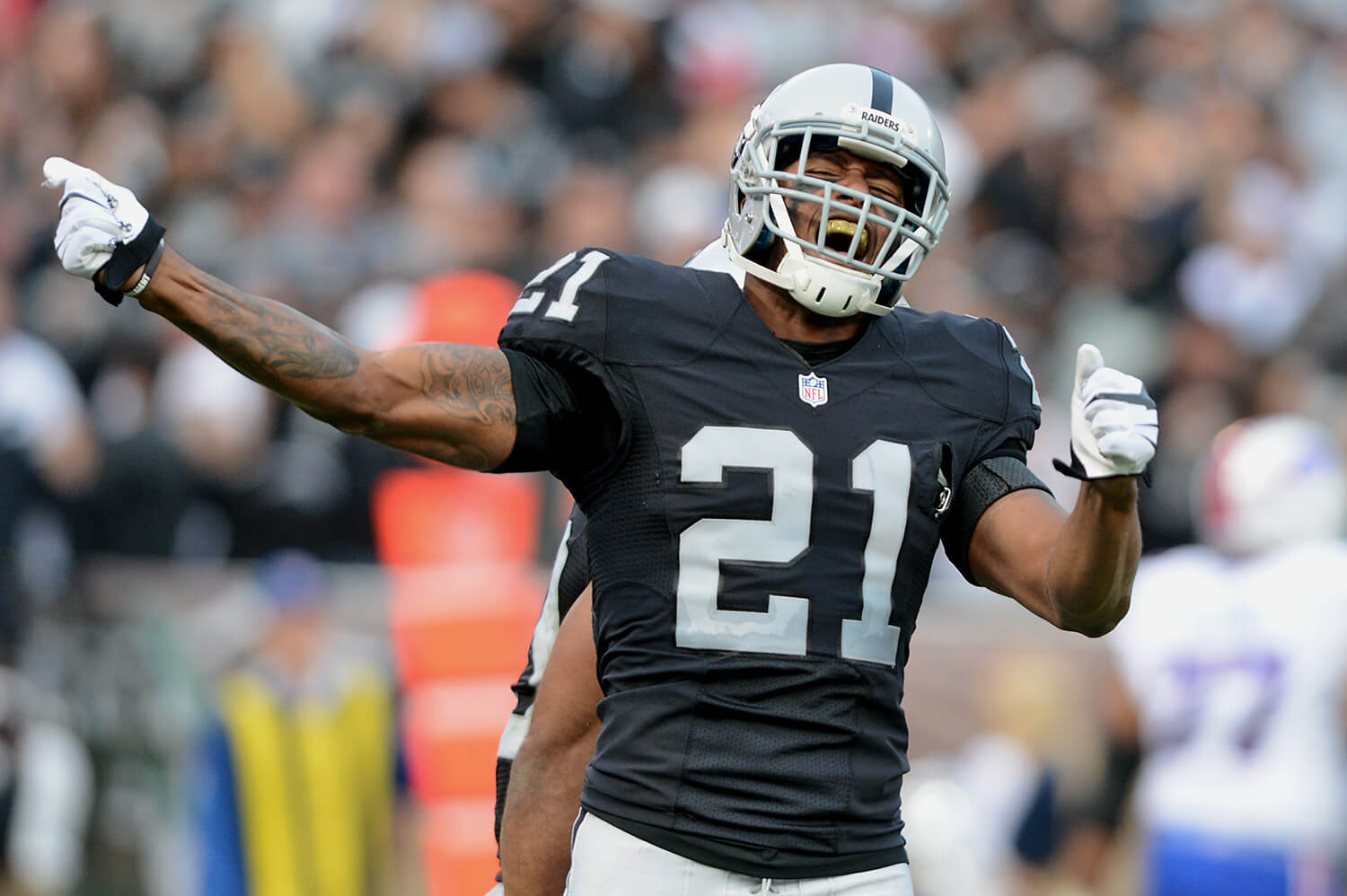